Last week, millennials overtook Twitter with plans for their retirement. While some were just straight up depressing, many were sarcastic and even made light of their financial plans.

Last week, millennials overtook Twitter with plans for their retirement. While some were just straight up depressing, many were sarcastic and even made light of their financial plans.

Auctioning off the hundreds of beanie babies Mom bought in the 90’s. They must be worth a fortune by now! #MillennialRetirementPlans — bElla is daisy rain (@Czexabella) September 17, 2019

This twitter trend, while hilarious, is very bleak. Millennial retirement plans look very bleak. From global warming to beanie babies, unemployment to Chris Farley’s, “Van Down by the River,” one thing is clear: this generation is worried about their financial future…and they have a point. A staggering portion of adults are deferring their retirement plans for 10 or more years into their career.

When Are People Beginning to Save for Retirement?

According to a recent Morning Consult report, only 39% of adults who are saving for retirement started in their 20s, even though more than half of them admitted they should have started in those years. 25% started retirement plans in their 30s, 15% in their 40s, and 6% in their 50s. 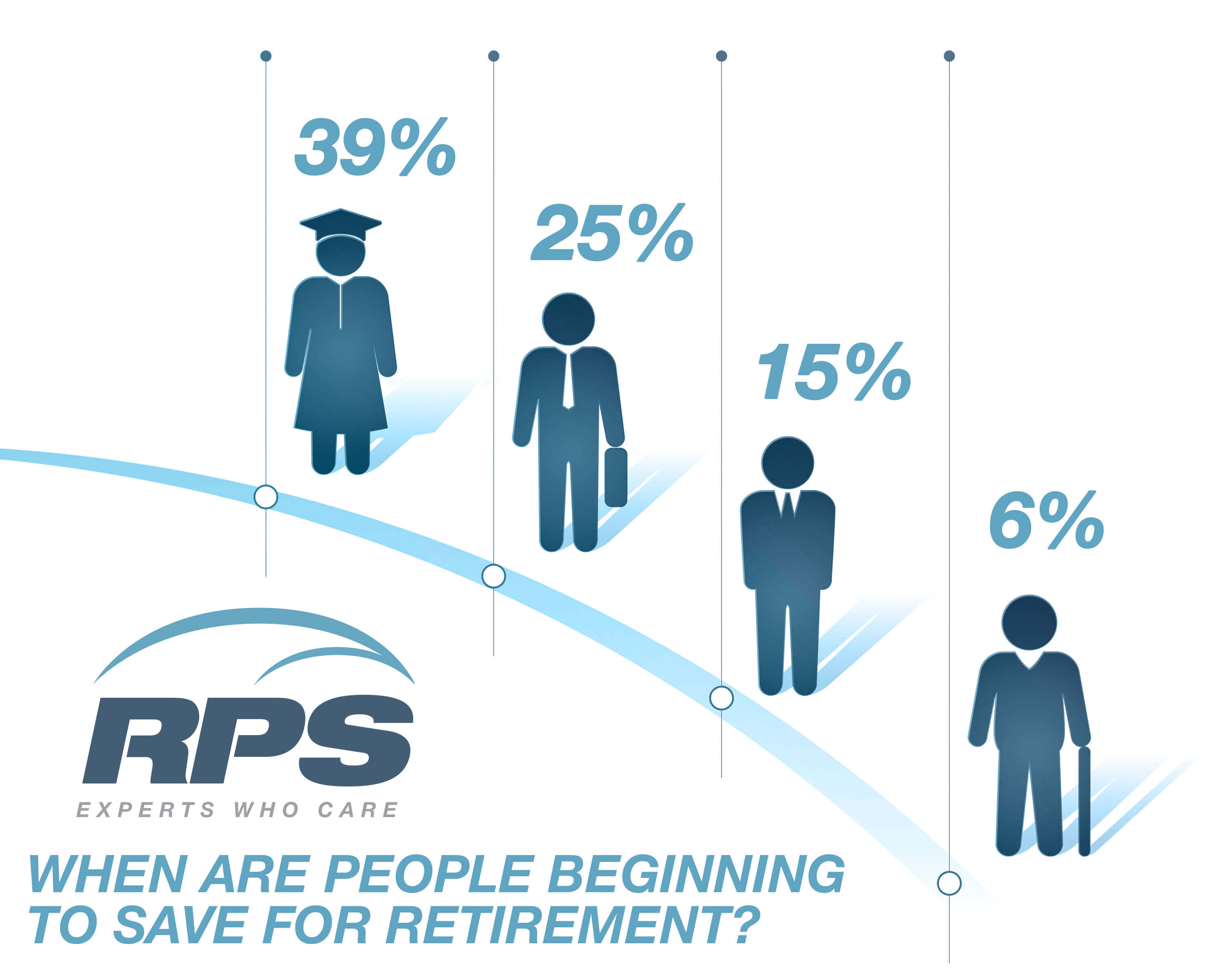 Not to mention half of adults between ages 18-32 aren’t saving for retirement at all! I hope they have a mint condition Valentino the Bear hiding in their attic. Compare that to the 42% of adults ages 23-44, the 40% of people ages 45 to 64, and you can understand the bleak tweets.

Not starting early enough can seriously hinder your ability to adequately prepare for retirement. According to a recent survey from Charles Schwab, most Americans think they need $1.7 million saved by age 65 but aren’t saving enough to get there.

When Should They Actually Begin Saving?

Most financial experts agree the answer is ASAP, ideally reserving 10% of their income for retirement funds in order for their money to have time to withstand any ebb and flow in the market and to benefit from compound interest.

But if they waited a few years and started saving at 30, they’d need to contribute $741.10 per month to reach the same goal with an 8% rate of return. Starting early eases the savings burden significantly.

For young employees, who typically have low incomes, this is obviously extremely intimidating.

So, how do you combat that millennial sarcasm and dread?

Information. If there’s one thing millennials want, it’s to be informed. When you see your clients’ and employees’ eyes glazing over as they realize they can’t afford rent, let alone $700 per month in retirement savings, help them use what they do have wisely and let them know that there’s a safe harbor even if the water does rise. #MillennialRetirementPlans

Let Us Show You
How We Care.